‘Memories of War’ is a project which leaves voices of the people who survived the war.We are not supporting any specific organization, and we are not agitating any thoughts.

Moreover, please be consent about the following descriptions. 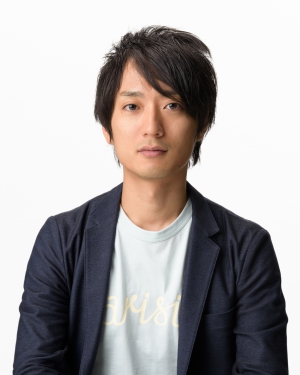 Yohei Hayakawa has a journalist career for a local newspaper company.

He established his own company KIQTAS Co., Ltd and started an internet radio program (Podcast system) “KIKUMAGA” in 2008 as his new career as a media Journalist.

This program hits over 2 million downloads a year.

Recently, he has been directly involved with producing commercial films for global companies, such as UNIQLO and Nestlé (Nescafé) as the interviewer.

As representative of KIQTAS Co., Ltd and also as producer, he creates the media for companies, individuals, and organizations.

One of the main services, podcast streaming service, is widely used by public and educational institutions, companies, media, and authors.

Internet radio programs produced by “KIQTAS Co., Ltd” have the record of downloads of over 2 million a month and 70 million total in the world.

Since 2013, he has worked on the interview “Memories of War”. This project is for gleaning the people’s experiences of those who are still alive from World War Ⅱ firsthand in their real voices and sends these experiences throughout the world.

“KIKU” (“the pronunciation of “Q” is read as “KU” in this case) has mainly three meanings in Japanese “Hear, Listen, and Ask”.

“TAS” has a meaning of “Adding Valuable Things” in Japanese.

People’s stories are full of wisdom and lead us to real awareness of something. We, KIQTAS Co., Ltd will send impetus to you to change your futures better through our programs.

“KIKUMAGA” comes from the following :

“Maga” is an abbreviation of “Magazine”. Through this program, you can receive valuable information like reading magazines.

We wish this program provides something special to you.

Those interviewed until now

And more than 1,000 people, names listed without honorifics.

“WITH THE PATH OF LIFE OPEN, MODEL/MUSICIAN YIRAN TAKES THE NEXT STEP FORWARD”/